The CHAIN ​​project was born with one goal: “Link prevention between female genital mutilation and early forced marriage in Europe”.

Funded by the European Commission, it has enabled us to work between 2020-22 with partner organizations TERRE DES FEMMES (Berlin, Germany), Actionaid Italia (Italy), Equipop (France), and End FGM EU (Belgium) to strengthen the prevention, protection and support for survivors of gender-based violence. Through capacity development, community empowerment and awareness, while trying to favor scenarios for dialogue and transfer the concerns and needs of the community to the political level.

A bit of context… 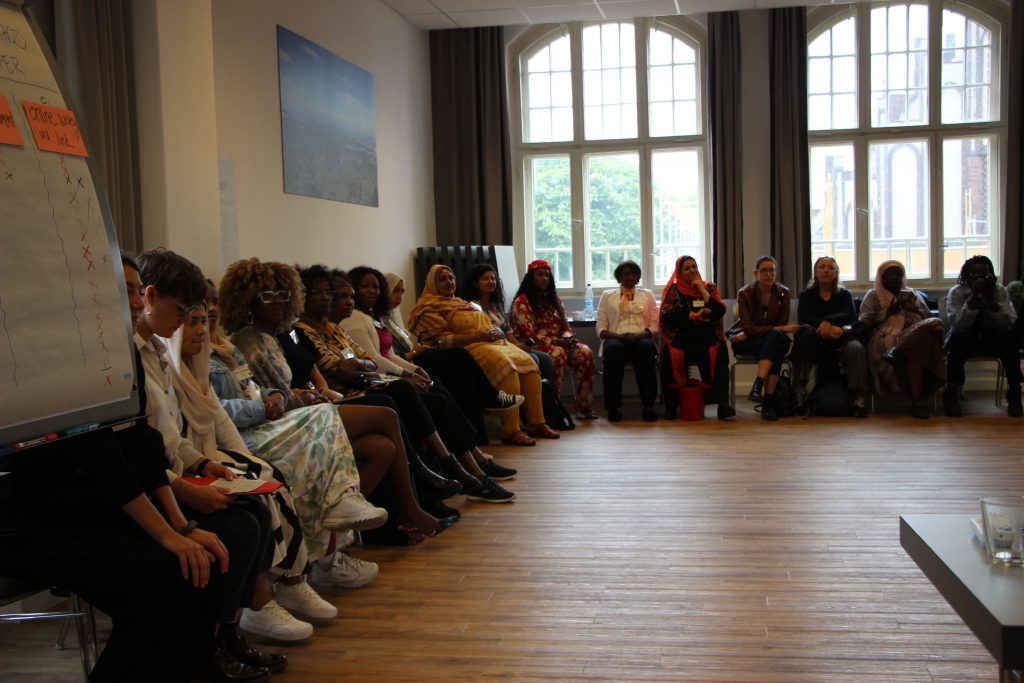 One of the most interesting features of the method used in CHAIN for the prevention of female genital mutilation and forced marriage is empowerment through information and training.

The community itself as an engine of change. Involving the women themselves, who are seen as experts by the people we have addressed with this campaign, has been key, since they have become trainers and mediators of groups of people from countries where these practices are still in force.

What have we done in Spain?

The project has had to adapt to the health situation caused by COVID19, a situation that has been especially relevant when it comes to bringing together the people we wanted to address. However, we have made an effort to meet the proposed objectives.

We also held 21 empowering events to discuss, raise awareness and report on: 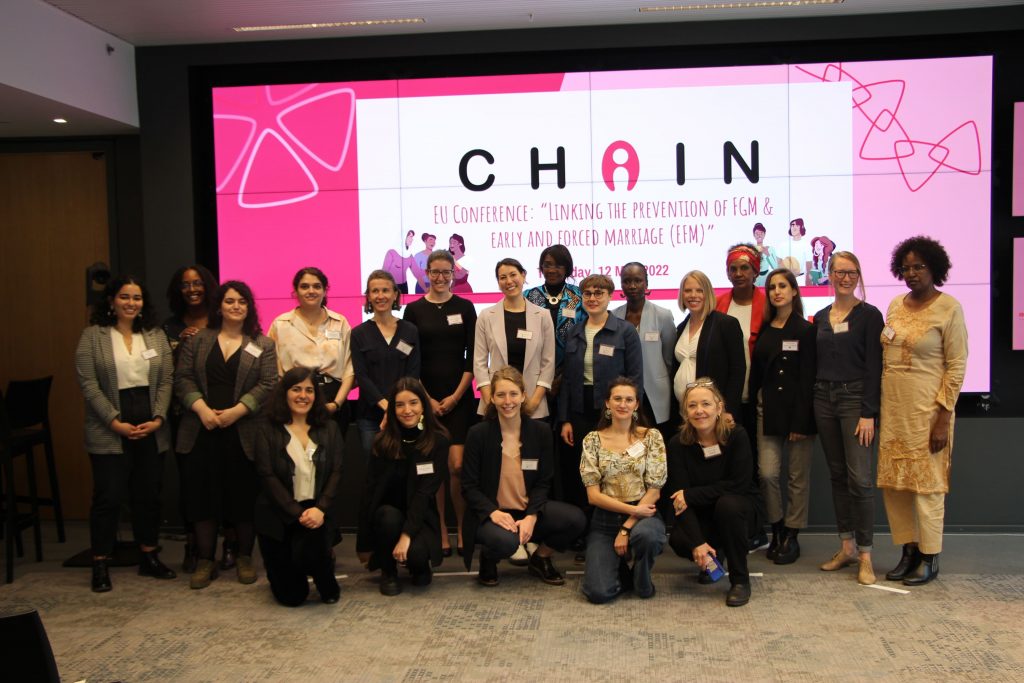 On May 12, 2021 we hold an international conference as part of the CHAIN project. It took place in Brussels in a hybrid format. The community trainers and people involved in the project spoke about what has been achieved, the challenges, the impressions and the important lessons learned from the implementation of the project. This conference was attended by members of the European Parliament, with the aim on our part that harmful practices be addressed at European level.

What have all the organizations achieved together, at a European level?

The purpose of the project?

Page load link
On our website we use cookies, both our own and those of third parties, to improve your experience and show you the information and advertising adapted to your browsing habits. If you continue browsing, we will understand that you accept our cookies policy. Accept You can obtain more information, or how to change the configuration, in this link.
Cookies policy and privacy

This website uses cookies to improve your experience while you navigate through the website. Out of these, the cookies that are categorized as necessary are stored on your browser as they are essential for the working of basic functionalities of the website. We also use third-party cookies that help us analyze and understand how you use this website. These cookies will be stored in your browser only with your consent. You also have the option to opt-out of these cookies. But opting out of some of these cookies may affect your browsing experience.
Necessary Always Enabled
Necessary cookies are absolutely essential for the website to function properly. This category only includes cookies that ensures basic functionalities and security features of the website. These cookies do not store any personal information.
Non-necessary
Any cookies that may not be particularly necessary for the website to function and is used specifically to collect user personal data via analytics, ads, other embedded contents are termed as non-necessary cookies. It is mandatory to procure user consent prior to running these cookies on your website.
SAVE & ACCEPT
Go to Top