In 2021 we organised and implemented the “Kuelekea  Mabadiliko” Conference (Moving Towards Change) in Nairobi. The aim was to prepare future trainers in the awareness and eradication of female genital mutilation (FGM).

Six days in which we have given workshops to a group made up of ten women and ten men between the ages of 20 and 55, belonging to different counties in Kenya, of different ethnic groups and religions. An environment rich and varied in ideas and experiences in which we were able to work on the identification of marginalized groups, gender equality, the roles that perpetuate violence against women and sexual and reproductive rights. We also discussed consent, respect for limits and the importance of self-esteem and self-care.

Create group. To achieve this, we focused on the similarities of the participants, instead of focusing on the differences. The idea has been to create a safe space in which we can open up and share experiences so that everyone can freely express what they think. The goal was to bust myths and debunk misconceptions about FGM and what it means to be a real “woman” or “man”. We discuss what aspects of their culture they would like to improve, reflecting together and questioning preconceived ideas.

Religion and false ideas. Sheikh Ibrahim Lethome , a specialist in Islamic Law, accompanied us for much of the week. His presence as an imam in the group was very important in clearing up controversies arising from misinterpretations of the Koran . To break down these misconceptions, he covered the passages that are confusing due to the fact that there are words in Arabic with different meanings, the ways of resolving marital conflict (the Koran does not speak of hitting the woman), the fact that a woman cannot working or even being the boss of her husband, rape within marriage or the absence of the obligation to practice FGM. Nor is it written the obligation to have four wives, nor that the man marry again without his first wife knowing.

The idea of ​​marriage and today’s world . The imam pointed out that, for a marriage to be blessed by God, it must be built on the three fundamental pillars: honesty, inner peace and love . He also emphasized that, beyond what is written in the Koran, the most important thing is to follow the model of Muhammad and He never raised his hand to any of his women. It is necessary to review the Koran and understand that these guidelines were written in a different context in which women had no rights . Today things have changed and therefore it is necessary to change the teachings as well. 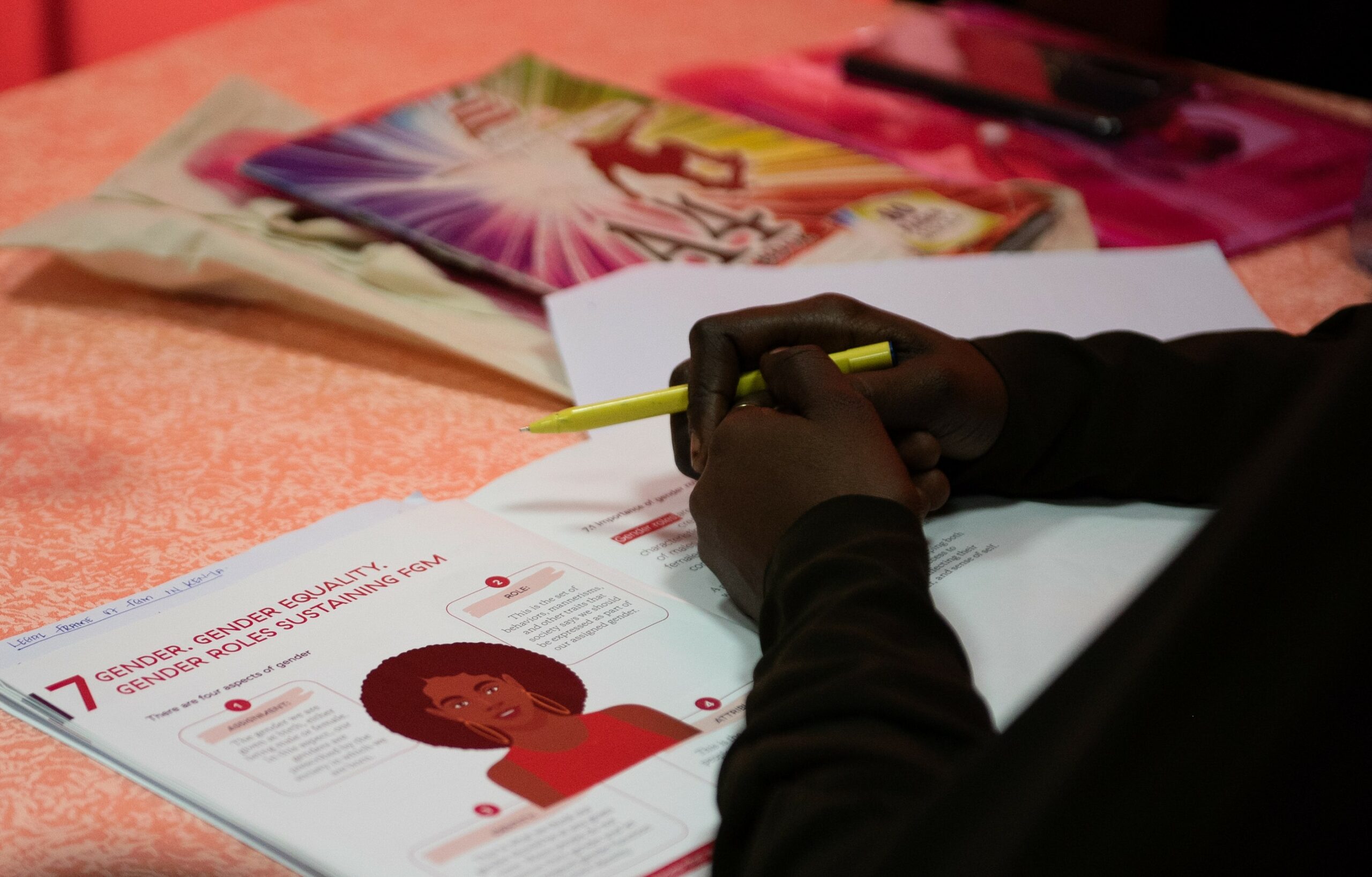 Participation of security forces and authorities

It is important that the authorities participate and are aware of the need to get them to be our allies and thus achieve all possible support and visibility. In these sessions we have the presence of the representative of the Embassy of Spain in Kenya, Mr. D. Jaime Fernández-Rúa Mateo (Second Head and Deputy Permanent Representative to the United Nations Program for Human Settlements (UN-Habitat)) . Regarding the institutions, we saw a great need to also carry out training aimed at the police. It is necessary to sensitize this group so that it can accept the denunciations that women make of rape and other types of aggression.

We have verified that these workshops help to break certain preconceived ideas that, generation after generation, are transmitted and put the integrity of women at risk. To continue with this work that we have started, we will monitor the participants with the aim of differentiating who has the potential to continue working in their respective villages to be activists and ambassadors.

This has been the first of several workshops that we hope to be able to do in different communities and we also hope to be able to extend the framework of action to other contexts in Kenya, from now on under the motto, “ Kuelekea Mabadiliko ” (Moving Towards Change – Advancing towards the change).

Article by Marta Baladía for Save a Girl Save a Generation

This site uses Akismet to reduce spam. Learn how your comment data is processed.

Do you want to help us with € 1 a month?
Join our Group

Page load link
On our website we use cookies, both our own and those of third parties, to improve your experience and show you the information and advertising adapted to your browsing habits. If you continue browsing, we will understand that you accept our cookies policy. Accept You can obtain more information, or how to change the configuration, in this link.
Cookies policy and privacy

This website uses cookies to improve your experience while you navigate through the website. Out of these, the cookies that are categorized as necessary are stored on your browser as they are essential for the working of basic functionalities of the website. We also use third-party cookies that help us analyze and understand how you use this website. These cookies will be stored in your browser only with your consent. You also have the option to opt-out of these cookies. But opting out of some of these cookies may affect your browsing experience.
Necessary Always Enabled
Necessary cookies are absolutely essential for the website to function properly. This category only includes cookies that ensures basic functionalities and security features of the website. These cookies do not store any personal information.
Non-necessary
Any cookies that may not be particularly necessary for the website to function and is used specifically to collect user personal data via analytics, ads, other embedded contents are termed as non-necessary cookies. It is mandatory to procure user consent prior to running these cookies on your website.
SAVE & ACCEPT
Go to Top